They each used a kit from http://www.ancestrydna.ca/ that was a pretty straightforward affair to setup. You just add a little saliva to a small plastic container, register your kit online and then send it back in the mail. You send this all back in and in no time at all you have access to your entire ancestry by percentage right from an easy to use website. Candice and James both found some surprises in their ancestry and you probably would too.

James’s ancestry revealed a high percentage of his DNA was from the Italian/Greece regions as well as the Middle Eastern regions. He was also a bit surprised to find that he was 11% Irish. Based on these findings he chose to create a traditional Middle-Eastern dish known as a Lahmacun, which is a Turkish Pizza. Since this is a vegan channel however he is making it without meat.

Start off this Lahmacun recipe by creating your crust. Add 1 tsp of sugar to a mixing bowl, followed by a package of instant yeast, and 3/4 of a cup of water. Whisk all this together well and set it aside. In a separate bowl add 2 cups of flour and 1 1/2 tsp of salt then whisk all that together and make a well in the center of it as seen in the video. Pour your wet ingredients into the well you made in the dry ingredients and add oil to mixture stirring as you go. Keep stirring until you reach a dough-like consistency then knead the dough with your hands until you have a good sized dough ball similar to the one you see James holding in the video. Put that into the mixing bowl and cover it with saran-wrap, then put it into the fridge for about 40 minutes so it has time to rise. After that, pull it out, put it on a flour dusted surface to avoid sticking and roll it flat.

Your next move will be to re-create the meat sauce that would normally top this Turkish Pizza. Add 2 cloves of garlic into a food processor and grind them well. To the same food processor you have your cloves in add 1/2 of a red pepper, 1 lightly chopped roma tomato, 1 lightly chopped onion, and 1 tbsp of parsley. You will process all of this with your food processor until it reaches a sauce-like consistency. Add a serrano pepper to the newly created sauce and blend it in as well. When that’s done get another bowl and add oil, 3 tbsp of tomato paste, 1/4 tsp of cumin, 1 tsp of salt, 1/2 tsp of cayenne, 1/4 tsp of paprika, 1/8 tsp of cinnamon, and finally 1/2 tsp of pepper, and then whisk all that together as well. Add your ground veggie meat to this and stir it all up with a good sized spoon. Add tomato chili sauce to this and continue mixing with the spoon until you reach your desired consistency. Now spread this mixture evenly across your rolled dough. Preheat your oven to 375′ and put your nearly finished creation in there for 8 minutes.

While that’s cooking you have plenty of time to whip up your yogurt sauce. James is using a vegan yogurt and has added some salt and garlic to it. Pull your Turkish Pizza out of the oven, add your yogurt sauce to it, a pinch of parsley, and then roll it up and cut it in half. Plate this along with a side of yogurt sauce and enjoy.

Moving on to Candice’s heritage we find that her DNA was primarily from Great Britain and the Eastern European areas. In other words, it doesn’t get much whiter than Candice. After some consideration Candice decided on a traditional dish served in Hungary known as Goulash. Most Hungarian dishes are high in meat content and Candice just loves a good challenge.

Start this recipe off by adding TVP chunks to a mixing bowl followed by 2 cups of boiling water, 3 tbsp of vegan Worcestershire, and 2 tbsp of tamari. Slowly stir that together letting it mix and marinate. Now set it aside and bring your focus over to a good sized sauce pan and set it medium heat. Add 1 tbsp of oil, 2 chopped onions, the marinated TVP, 1/4 tsp of ground caraway, 1 clove of chopped garlic, 2 cherry peppers, 3 tbsp of vegan Worcestershire, 1 tsp of salt, 3 cups of broth, 1/4 cup of paprika, 1 stalk of celery, 2 carrots, 1 turnip, a handful of parsley, 1 tomato, 1 green pepper, 2 potatoes, some water, 1/4 cup of red wine, and finally Hungarian noodles. Let this all cook together until it reaches your desired consistency. You can get a good look at how Candice prefers hers in the video.

To get your very own Ancestry DNA kit and find out what your heritage is visit http://www.ancestrydna.ca today. As an added bonus they are offering an additional $20 off of the normal price of $129 for the holidays, bringing it down to just $109.

As always thank you for watching and stay tuned for more great content. 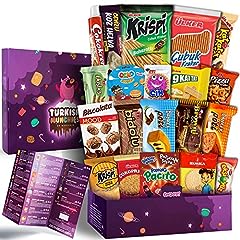 🍪7-DAY MONEY BACK GUARANTEE - This is how much we are confident with our international snack box: We not only guarantee your satisfaction but also guarantee that you will receive a full refund within 7 days of purchase if you do not like our snacks. ... (as of October 24, 2020 - More infoProduct prices and availability are accurate as of the date/time indicated and are subject to change. Any price and availability information displayed on [relevant Amazon Site(s), as applicable] at the time of purchase will apply to the purchase of this product.) 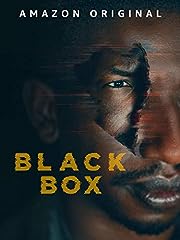 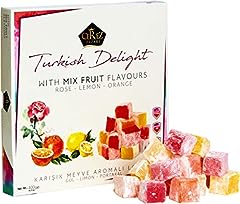 DELICIOUS GOURMET TURKISH DELIGHT WITH PURE ROSE ORANGE AND LEMON FLAVOR: Amazing rose,orange and lemon taste from the middle east -GLUCOSE FREE -GLUTEN FREE -VEGAN FOOD -No Additives or Preservatives -Made with original beet root sugar (No glucose s... (as of October 24, 2020 - More infoProduct prices and availability are accurate as of the date/time indicated and are subject to change. Any price and availability information displayed on [relevant Amazon Site(s), as applicable] at the time of purchase will apply to the purchase of this product.) 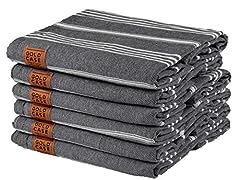 SET OF 6 - XXL Pestemal Towels UNISEX 70x39" (180x100 cm) / Each 1 towel weights around 10-11 oz (270-300gr) It takes less rooom in your bag or closet, dries in minutes, absorbs high amount of water etc... The tassels are hand twisted. Therefore ther... (as of October 24, 2020 - More infoProduct prices and availability are accurate as of the date/time indicated and are subject to change. Any price and availability information displayed on [relevant Amazon Site(s), as applicable] at the time of purchase will apply to the purchase of this product.)

I am Turk but not cooking Lahmacun What is this ??

Lauren and John should do this

Once you give them your dna they can practically do what ever they want with it. Just be aware of that before you do stuff like this.

Just a word of advice I am a chef you never rinse your pasta under water after you have cooked it.

The Lahmacun looks SO good!!

i am turkish.actually before going vegan i used to like lahmacun.but now i dont like meaty taste but for the recipe i will give a try for my family and friends 🙂 thanks for the recipe sharing with us

Loved that James is doing some cooking! Great video!

Oh my Goddd i’ve been waiting for a vegan lahmacun recipe!!!! yay

i am turkish.actually before going vegan i used to like lahmacun.but now i dont like meaty taste but for the recipe i will give a try for my family and friends 🙂 thanks for the recipe sharing with us

usually people put lettuce, tomatoes and onion, squize some lemon juice and then wrap it and eat it that way

OMG I LOVE THE MUSIC YOU PLAYED WHEN JAMES MADE THE LAHMACUN!!

I am always looking for new vegan receipes to make on weekends, thanks for your support

fyi your husband is gay

i am turkish and trying to be vegan since 3 days 🙂

Turks not Arab. Remind this. Thank you.

Woww it looks really good. We turkisch people normally eat lahmacun with ground meat. But my mom and I make it with veggies and tomatopaste. Yumm.

I just threw. My I pad across the room. And some how your chatter didn’t shut up. Now that I’m awake can you two jolly people bite me?

I still love you cake eater 🙂

Yuck. I feel bad for the person who does the testing.

OMG. I am from Hungary and so happy about your choice. :DD

And that is how you rock DNA testing!