How to Make an Old Fashioned | Cocktail Recipes

Like these Cocktail Recipes !!! Check out the official app http://apple.co/1I00csa

The Old-Fashioned cocktail is so old that 100 years ago they still called it an Old-Fashioned. A lot of classic cocktails were invented in the 19th century. We’re talking 18th century. So it’s definitely earned its name. We’re going to start with two ounces of rye whiskey, rye not bourbon, in this case. Because I think it tastes better, bourbon is a little sweeter, and rye is also what they used back in the 19th century. It was much more popular then. For our sweetener we’re going to use a little bit of simple syrup. You could also muddle a sugar cube if you want. I just think this mixes better.

Just bar spoon of that, not too much or it’s going to get way too sweet. Two dashes of angostura bitters and two dashes or orange bitters, which are a little harder to find, but they are available at some specialty stores and I think they’re really important in making a great Old-Fashioned. You can make a good Old-Fashioned without them two dashes, but not a great one, for my money anyway. Now you notice I’m not going to muddle anything in this drink. I’m just going to stir it the way it is right now.

The muddling of the orange and the cherry was something that came about in the 20th century in the ’50’s post-Prohibition. A lot of stuff got changed around in Prohibition. People forgot how to make certain drinks, taste’s changed, so I’m not saying that’s a bad drink. I just don’t think that’s the most classic way to make it and I prefer it this way. So we’re stirring it the way it is. All right, let’s get our ice, and I’m going to get my frozen glass, and the Old-Fashioned is served on the rocks. And because it’s all spirit, and we’re going to sip this drink, it’s a really stiff drink.

We don’t like those ice cubes to be really small, because they melt really fast. They dilute the drink too much. Give it a nice stir there. So what I did was I took a muffin tin and I put some water in that and made these big giant ice cubes. So it keeps the drink cold, but doesn’t dilute it too much. It doesn’t get too watery. The perfect balance of both worlds. All right, let me grab that ice. Tell me that doesn’t look awesome. All right, that should be good enough. And now we’re going to garnish this, as we strain it over our nice hockey puck, with a lemon peel and an orange peel.

That’s the only fruit we’re going to put in this. I think maybe that’s how the orange and cherry muddling thing started to make it’s way into an Old-Fashioned. They used to put peels on them, and then maybe people started putting the whole fruit in them, I don’t know not recommended. So holding the pith towards us, the white part towards us, and just squeezing gently the oils out into the glass. As there’s the lemon and drop them in there, and there you go. It may not be how Don Draper makes it, but it’s probably how George Washington did the classic Old-Fashioned. 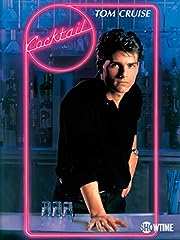 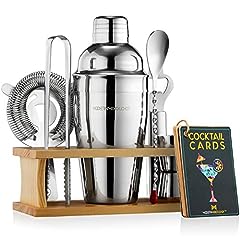 ★ MIX DRINKS LIKE A PRO » This bartending kit will leave you shocked with how easy it is to make professional drinks at home. With all the essential bar accessories and leak-proof cocktail shaker, you won't have to worry about any mess, spillage, or ... (as of November 26, 2020 - More infoProduct prices and availability are accurate as of the date/time indicated and are subject to change. Any price and availability information displayed on [relevant Amazon Site(s), as applicable] at the time of purchase will apply to the purchase of this product.) 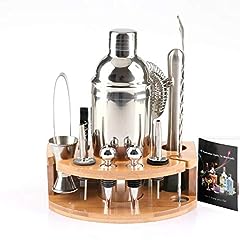 ❤Quantity:12 Piece Stainless Steel Shaker Set.Measuring Jigger,Mixing Spoon,Muddler,Strainer,Ice Tongs,Wine Opener,Liquor Pourers,Bamboo Storage Rack Stand,Cocktail Recipes Booklet. ❤High Quality Materials:All bar tools are made of ​food-grade, unbre... (as of November 26, 2020 - More infoProduct prices and availability are accurate as of the date/time indicated and are subject to change. Any price and availability information displayed on [relevant Amazon Site(s), as applicable] at the time of purchase will apply to the purchase of this product.) 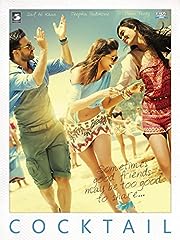 Talks about how some techniques like “muddling” werent used in the original recipe, but then uses rye instead of bourbon

In the words of John Bender…. Not even close… bud.

what does anyone think of whisky stones?

ur mama is so old she invented the old fashioned!!!

Is there even any right way to make an old fashioned? I feel like any tutorial or any video showing you how to make one will get a good amount of people hating on it saying “no that’s not an old fashioned… THIS is how you make it” whether it’s muddle the fruit, don’t muddle the fruit, use a cube, use a brown cube, use bourbon, no use rye, use a lemon peel, don’t use a lemon feel. I mean I think it’s safe to say everyone has there own version of this cocktail.

I have silicone bakewares…and I thought I was the only one that made ice cubes using a muffin tin….

To make an authentic old fashioned, the way they used to make them, I have my african slave make it for me.

This guy is a bummer

This guy is an idiot. The muddled fruit didn’t come about after Prohibition, it came about DURING prohibition. The illicit spirits hastily produced in clandestine stills weren’t particularly pleasant to drink, so things like fruits started being added to cover up the taste while still allowing you to get intoxicated.

I prefer the single cherry and orange wedge in mine for aesthetic reasons, otherwise he made it how I like it.

You forgot the cherry

I do ice, then bitters, then brandy, then i fill the rest of the glass up with 50% soda water and 50% sprite.

Have to admit, not a fan of the Rye or the non-muddling. I like Bourbon, gives a sweeter, more smokey flavor. And I like the muddling because it releases the aroma of the fruit.

You had no ice scoop

I went to a bar and they asked me if I wanted olives in my old fashioned. OLIVES

I well aware I’m not doing a classic when muddling a small piece of orange in there, but with the rye, it’s just so damn good. Get a rye bomb too, not just “a” rye whisky. One that almost smells and taste like rye bread. Lot 40 isn’t bad.

where do I get angostura bitters? I live in Canada, and have not been able to find them anywhere here?

This guy is suuchhh a douche

Ordered an old fashioned recently, and the bartender shook it

even though you are in your own kitchen and not serving anyone you really shouldn’t use your bare hands on the ice.

I don’t like this hipster way to make a classic drink. Use the orange and cherry and muddle away!

Great video. Have you tried using maple syrup (the real stuff, not the make-believe) as the sweetener? Works great. I live in the NY area. Where do you tend bar. Me and the Mrs. will make the trip just to try your way better than average mixology.