How to Roast a Duck – Chinese Asian Recipe

How to roast a whole duck. In this video recipe we will be making a Chinese style or Asian duck. Now this is not crispy duck you see in Chinese restaurant windows, that is a different thing all together, it how ever a really super tasty roast duck. You can of course add what ever you like and take it in that directions. We are using ginger, garlic, chill, lemon, 5 spice, soy sauce, honey, sesame oil. You can if you like add fresh herbs such as rosemary, basil, oregano or thyme. There several ways to cook duck, one being straight into a roasting tin, 2 on a rack to render the fat, 3 on a rack with water to roast and set, 4 in a paper oiled bag. The method we are using today is a straight in the tin and in the oven. Duck is fattier than chicken and while cooking much of this fat will be released. The most important thing about cooking duck is the time and heat of the oven. Roughly you need to be looking at 500g or 1lb is 20 mins in the oven at 220oc, Fan 200oc, Gas Mark 7. So make sure you know the weight of the duck. The fat that comes out of the duck can be used for future cooking, roast potatoes with duck fat are just amazing. If your duck has giblets in these can also be used to make gravy, stock or even soup. Make sure you take these out before roasting.
As part of the HOW TO COOK GREAT NETWORK –
http://www.howtocookgreatfood.com
Also take a look at our channel for other great cooking genres.
And look at the websites for in detail recipes, gallery and cooking tips.
http://www.howtocookgreatethiopian.com
http://www.howtocookgreatjamaican.com
http://www.howtocookgreatcurry.com
http://www.howtocookgreatfilipino.com
https://plus.google.com/+howtocookgreat/posts
and many more –  see you again soon.

Asian cuisine styles can be broken down into several tiny regional styles that have rooted the peoples and cultures of those regions. The major types can be roughly defined as East Asian with its origins in Imperial China and now encompassing modern Japan and the Korean peninsula; Southeast Asian which encompasses Cambodia, Laos, Thailand, Viet Nam, Brunei, Indonesia, Malaysia, Singapore, and the Philippines; South Asian states that are made up of India, Burma, Sri Lanka, Bangladesh and Pakistan as well as several other countries in this region of the continent; Central Asian and Middle Eastern.
“Asian cuisine” most often refers to East Asian (Chinese, Japanese, and Korean), Southeast Asian cuisine and South Asian cuisine. In much of Asia, the term does not include the country’s native cuisines. For example, in Hong Kong and mainland China, Asian cuisine is a general umbrella term for Japanese cuisine, Korean cuisine, Filipino cuisine, Thai cuisine, Vietnamese cuisine, Malaysian and Singaporean cuisine and Indonesian cuisine; but Chinese cuisine and Indian cuisine are excluded.The term Asian cuisine might also be used to address the eating establishments that offer wide array of Asian dishes without rigid cuisine boundaries; such as selling satay, gyoza or lumpia for appetizer, som tam, rojak or gado-gado for salad, offering chicken teriyaki, nasi goreng or beef rendang as main course, tom yam and laksa as soup, and cendol or ogura ice for dessert. In modern fusion cuisine, the term Asian cuisine might refer to the culinary exploration of cross-cultural Asian cuisine traditions. For example combining the culinary elements of Vietnam and Japanese, Thai and Malay, or Indonesian and Chinese. 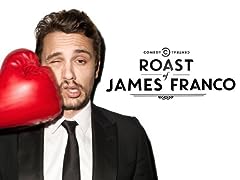 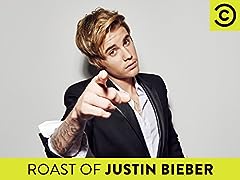 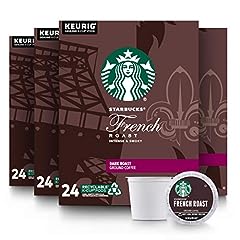 FLAVOR AND ROAST: Starbucks French Roast is smoky and singular, the pure, explosive flavor of our darkest roast. It is a darker roasted coffee with fuller body and robust, bold taste PACKAGING CHANGE: We are changing our packaging to make our K-Cup p... (as of November 28, 2020 - More infoProduct prices and availability are accurate as of the date/time indicated and are subject to change. Any price and availability information displayed on [relevant Amazon Site(s), as applicable] at the time of purchase will apply to the purchase of this product.)

Thank You for this. I made this today for my family and they loved it, a quick tip if you don’t want the duck darkened don’t rub five spice on it. Thank You again, btw i’m 14

Thanks for sharing this recipe! I have a duck in the freezer waiting to find the right recipe!

thank very much i really love it chinese food my favorit

Cheers its on the go now. I live in China and it’s Chinese New Years eve today we’re cooking all sorts of yummy stuff but wanted to roast a duck which I have never done before, I am just about to glaze it so I’ll let you now how it goes!